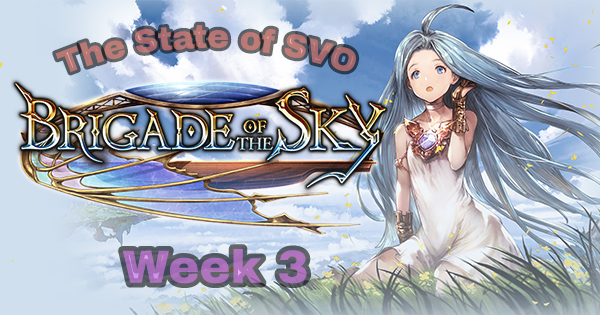 With Take 2 week being over, this week we had another week of Rotation format in the Shadowverse Open. This week South East asia did not get to participate in the Open, this leaves us with just PAM and EU playing.

On the PAM side of things TS Crumsion has continued his dominance in this season of the open getting his second 1st place finish. When it comes to the PAM region Crumsion has displayed a mastery in the Brigade format that is on another level of other players. We will have to see if this will stay constant throughout the season. Crumsion is absolutely a player to study if you are trying to improve your game. This week Crumsion piloted Midrange Forest, Puppet Portal and Garuda Summit Haven to victory.

As for EU this week PG Akamarured took home the gold medal, bringing him to the #2 spot of the Brigade of the Sky standings. For Akamarured, he decided to bring Midrange Forest, Puppet Portal and PDK Dragon.

This week 109 players participated in the PAM Open.

This week 65 players participated in the EU Open


With Puppets/Forest winning both NA/EU this week and SEAO last week these two classes have likely solidified themselves as the most popular decks as well as the decks to beat moving forward. The pick rates of these classes seem to back this up. The third deck however is less agreed upon among the regions. 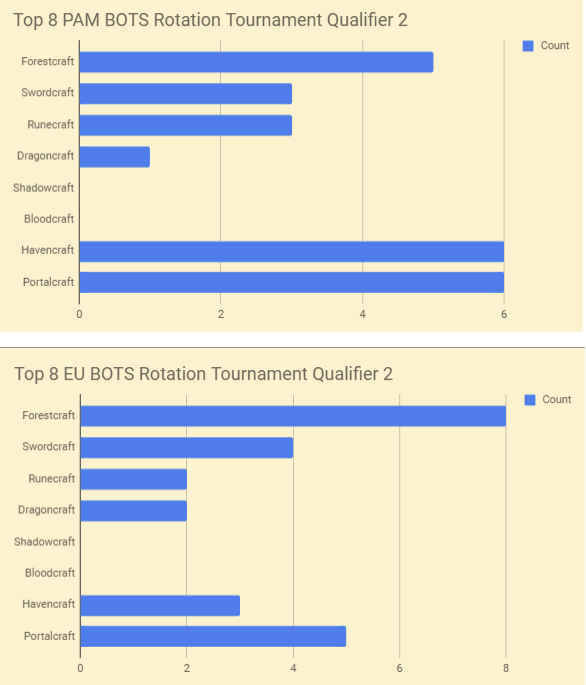 This week Forestcraft asserts its dominance as the most powerful class in the format. Out of 16 players in both top 8’s a whopping 13 players had forest in their arsenal. Forest currently has quite a few strong archetypes under its belt. Between Aggro, Korwa and Yggdrasil builds of the deck it becomes hard to build a lineup that will be favored against all of the different strategies the class has access to. It seems that Forest will reign as king unless some major changes happen.

A few steps below Forest but just above Portal, Havencraft sits with the second highest win rate this week. 9 players in this weeks combined top 16 chose to play Haven. It seems that the Summit Temple lists of Dawn Break Night Edge season have been updated with some of the new cards from BotS like Whitefang Temple,  Garuda Ruler of Storms and De La Fil. This version of Haven dominated the PAM side of the open while EU had one of each, Garuda Summit, Lions and Tenko’s Shrine.

11/16 took Portalcraft to the top 8 this week. Between Puppet and Artifact builds puppet proved itself as the better build of the deck with 10/11 top 8 decks being puppets. Puppets ability to consistently end the game with Orchis/Noah on 8/9 as well as its strong tools to control the board like Basileus, Substitution and puppets is where the classes strength lies. Portal just barely broke the above 50% win rate mark this time. It is possible that with some creative deck building in future weeks the class can be dethroned since it is less diverse than Haven and Forest.

Week after week Swordcraft dulls just a little bit more. 7/16 players brought the class to the top 8 this week. Sword continues to do what it has always done since DBNE format. The deck excels at controlling the board with good followers and has giant tempo swing cards like Arthur and Sky Fortress. Sword has likely seen most of its drop off in win rate….. However if a special somebody in Dragoncraft grows in popularity we may see Sword continue to fall.

5 players managed to get Runecraft to their regions respective top 8 this week. Spellboost was the more popular archetype this week however we saw the birth of a new rune build that managed to get second place in the PAM side of the open. I will be very interested to see if this was a fluke or if Earth Rite Summoner will continue to grow in popularity in future weeks.

While there were only 3 Dragon’s in both top 8’s the class overall preformed pretty well in the later stages of the event. Most interestingly although the class has a below 50% win rate Prime Dragon Keeper finished in 1st for EU. PDK also got a first place finish in team Disastra’s Monkey of the Week tournament. That makes for 2 very strong finishes for PDK in the week, this may lead us to a rise for Dragoncraft and in turn, more of a fall to Swordcraft.

Along with Shadowcraft, Blood did not make it to either top 8 this week. Blood currently lacks good tools to recover from a losing board and has no real ways to pull itself ahead in the early game. Much like last time, Blood will need some serious help of it is going to make a break into the competitive rotation scene.

Sadly for Shadowcraft it again holds the lowest win rate in PAM/EU. Shadow simply excels at nothing right now. Both its Arcus and Reanimate archetypes are slow and they have no good ways to pull ahead enough so that they can play their big threats.

The State of SVO will return next week. The next open EU and PAM will be playing Unlimited. This may be Blood and Shadow’s time to shine. The classes both have powerful archetypes in Vengeance Blood and Midrange Eachtar Shadow.

The graphs used were provided by XiaoKen. You can find his tier list here: https://docs.google.com/spreadsheets/d/1iESGJJynsuknnGtnZaeRudFxvhecJW-komPfXoXfPrI/edit#gid=830419578